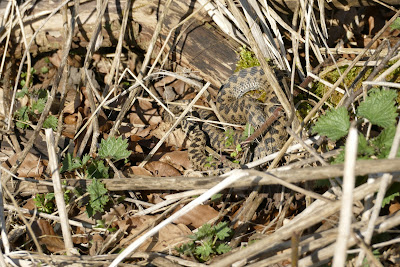 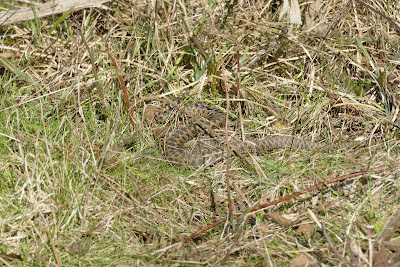 Sunday's successful reptile hunt at Hazleton Common - motivated me to get out mid-week in suitable conditions, to carry out the first reptile survey of the season on a small chalk grassland site, in West Sussex.

In keeping with the last couple of years survey effort - the first adder (Vipera berus) recorded was close to the suspected hibernacula - a male - which if you look closely - is already starting it's spring shedding. I will try to remember to check again next week to see if I can find the slough?

A second male was also noted basking on the edge of a scrub block mid- grassland.
Posted by part-time Naturalist at 13:59 No comments:

"Wild, Go wild, Go wild in the country
Where snakes in the grass are absolutely free"

With the shift in day time temperatures over the past week - I have been very keen to get some early reptile sightings under my belt - and have consequently made two visits to Hazleton Common, in the hope of catching up with the local populations.

Conditions on Sunday 17th Feb looked good over the late morning and lunchtime - but despite extensive searches in known "hot spots" I drew a blank for reptiles. However, I did get my first year's sighting of newt spp. with at least three animals being seen in one of the smaller of the three ponds - probably Lissotriton helveticus - although I was not entirely convinced when reviewing the pretty dreadful record shot?. 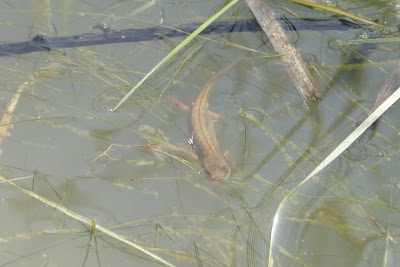 Returning today for a couple of hours in bright sunshine with temperatures heading north of 14 deg C before mid-day I was more than confident that we would find our quarry. The usual areas on the northern half of the site drew a complete blank - despite the warm air temperature the artificial refugia were cold and damp to the touch - the leaf litter and dead bracken surrounding them feeling much warmer.

Early on - we struck lucky and found a grass snake (Natrix helvetica) basking in a recently cleared area within the bramble (Rubus fruticosus).


In the southern half of the site - we failed to find any more reptiles on our first sweep of the usual areas. So explored the ponds again for newts and this time found them in all three of ponds. The western pond being most productive with double figures being seen beneath the murky surface - a couple of dodgy record shots later, and I remain reluctant to take them to species. 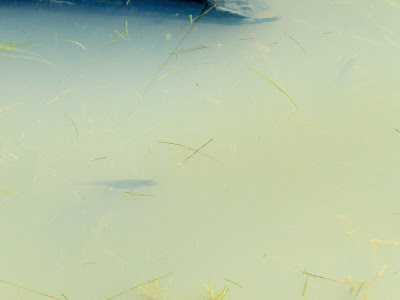 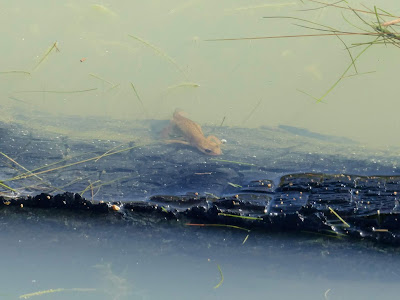 As we headed back - I rechecked the margins of vegetation around a refugia - and found a second snake, inadvertently flushing it as I took a photograph. On the briefest of views I identified it as a grass snake, and it was only at home later - reviewing the picture that I realised that it was a melanistic adder (Vipera berus), which was subsequently verified by Mark one of the local Horndean Parish Rangers.


On this second visit the numbers of brimstone on the wing had increased with at least six individuals seen, singles of peacock (Aglais io) were also noted at Hazleton Common and Dell Piece West.
Posted by part-time Naturalist at 16:11 No comments: 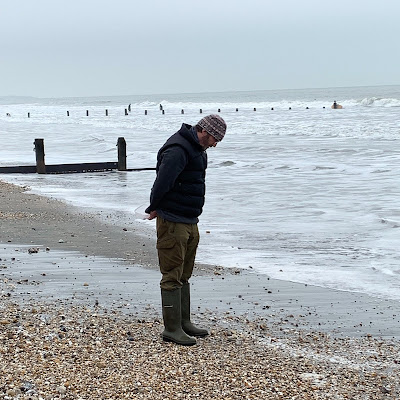 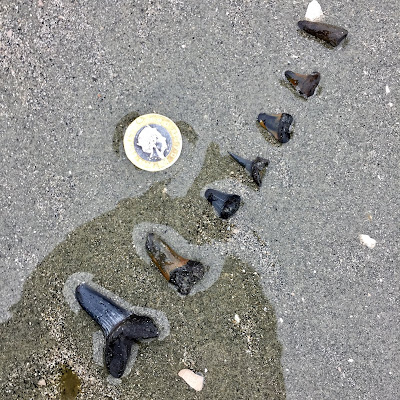 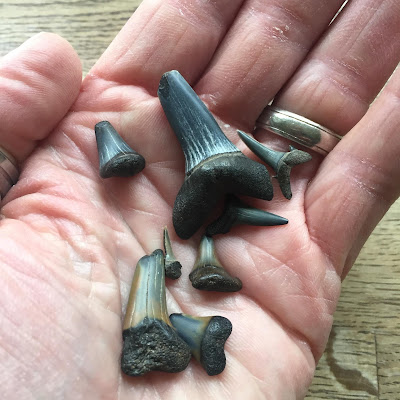 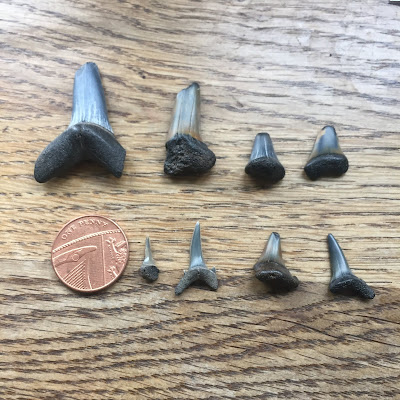 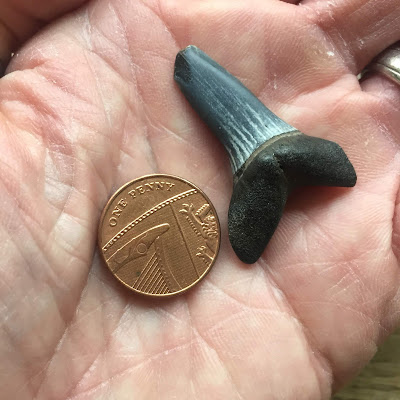 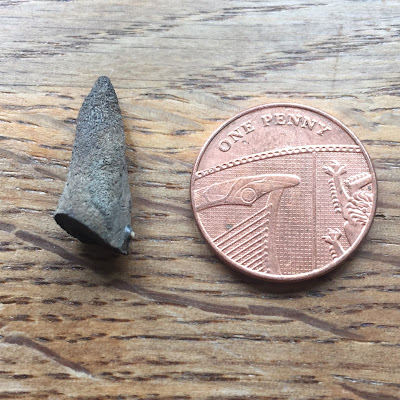 I was advised on the day, by another fossil hunter re: the above Gharial tooth - apparently the short spur towards the base is one of the identifying features.

Update: During a visit to Bracklesham Bay on 23rd November 2019 - I got talking to two of the local fossil hunters, who had many years of experience fossil hunting along the Bracklesham shoreline. I took advantage of their expertise and asked for some clarification regarding the "gharial tooth" pictured above. Tim took one look at the photo and instantly recognised it for what it is - not a gharial tooth  - but the broken off root spur of a shark tooth.

When I first found the above fossil, I thought it might be a piece of fossilised wood? However, as it dried out at home the repeated impressions in the upper surface suggested a jaw bone of some animal? Or perhaps a very small part of a ray tail? I have yet to properly identify it - and will update when I have that information. 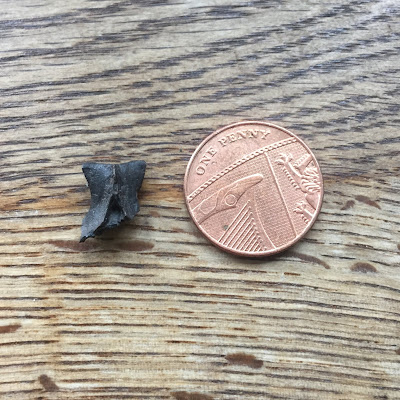 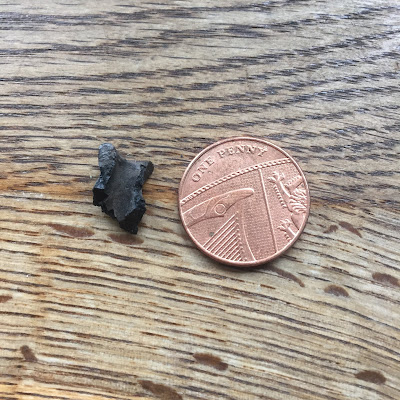 I thought possibly a fish vertebrate? But again, will update when further information is known.

Bone, D. (2016) The geology and fossils of Bracklesham and Selsey Limanda Publishing, Chichester
Posted by part-time Naturalist at 14:07 No comments: