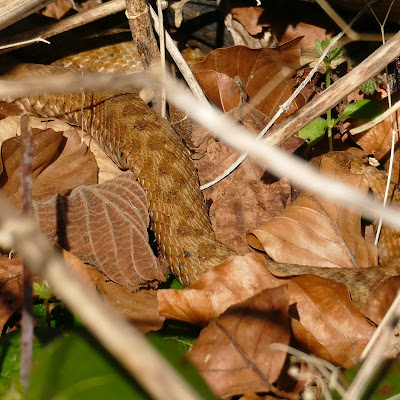 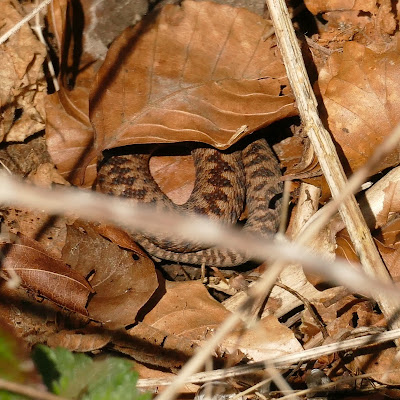 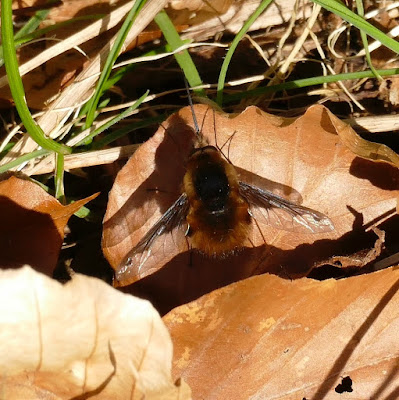 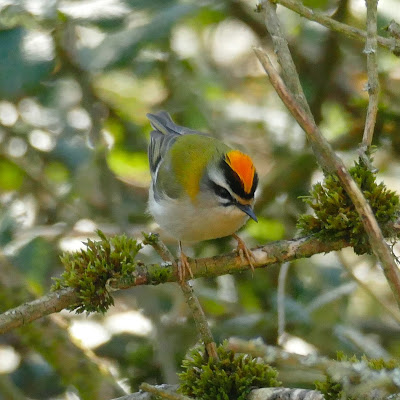 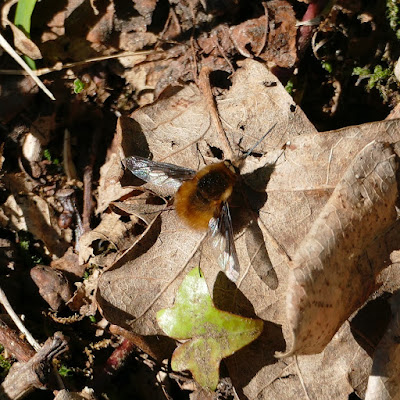 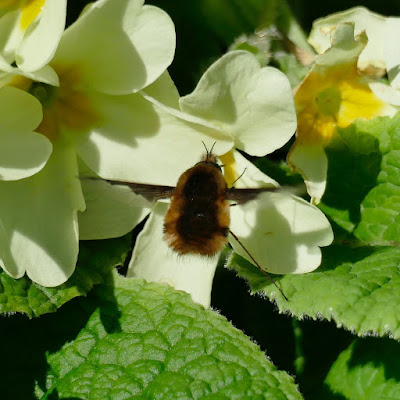 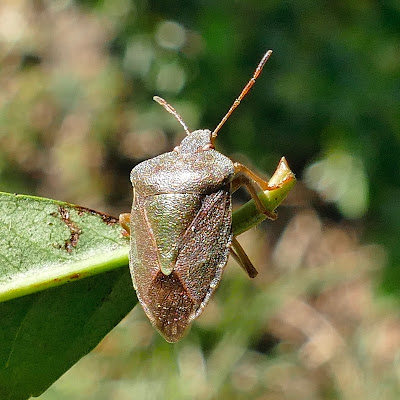 Posted by part-time Naturalist at 15:27 No comments:

With the build up of Mediterranean gulls in Langstone Harbour in preparation for the breeding season, the A3M / A3 corridor becomes a daily commute for these gulls as they head inland to feed on the farmland - as each field goes under the plough.

Although always part of a bigger presence of mixed gull species over flying - the Med gull's piercing and distinctive cry seems to travel further than the other gulls calls, cutting through both the natural and man made soundscape around them.

Despite their daily presence, I never take them for granted and can be found straining my eyes against the glare of the sky looking out for them as they eventually appear over the horizon. When the plough returns to the adjacent fields of White Dirt Farm - it's time to get the camera out. I'm sure the tractor drivers recognise me now, as much as I do them. 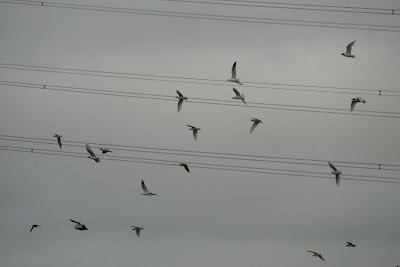 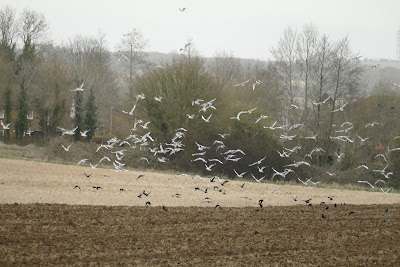 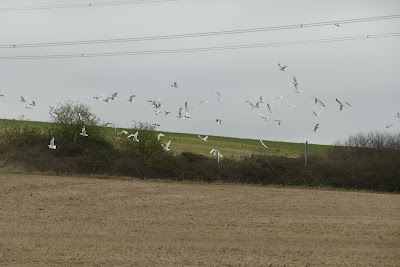 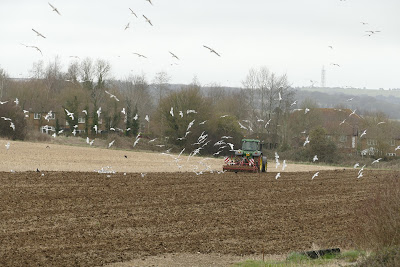 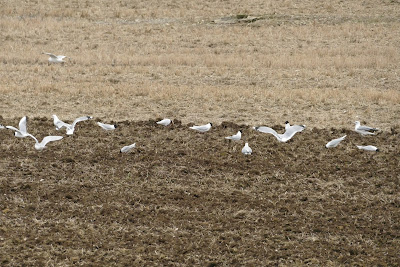 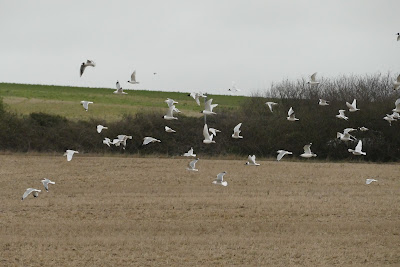 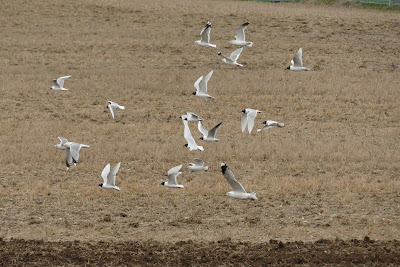 On this occasion, as I photographed from the road verge a car stopped beside me. The driver wound his window down, and we discussed the simple pleasures of watching and hearing these charismatic birds, two of which he told me, regularly visit his garden just to the north of here, in search of the scraps he puts out for them. Now that's what I call quality garden listing.
Posted by part-time Naturalist at 16:09 No comments: