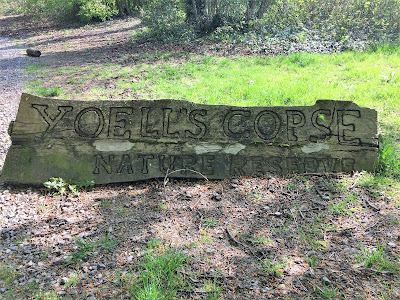 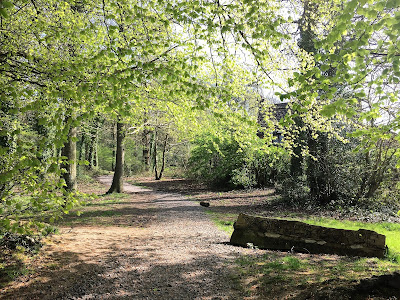 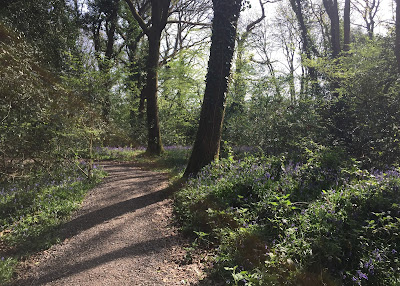 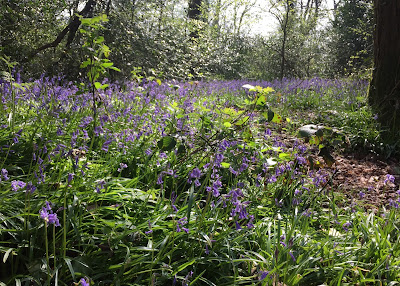 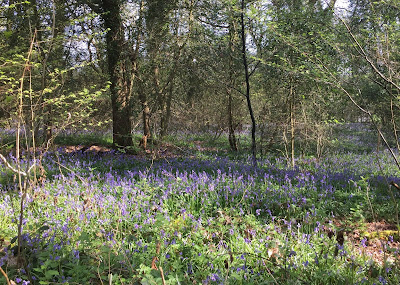 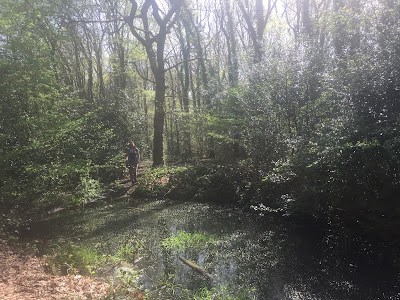 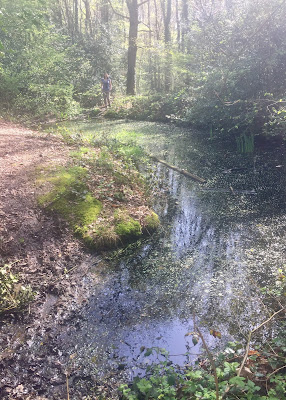 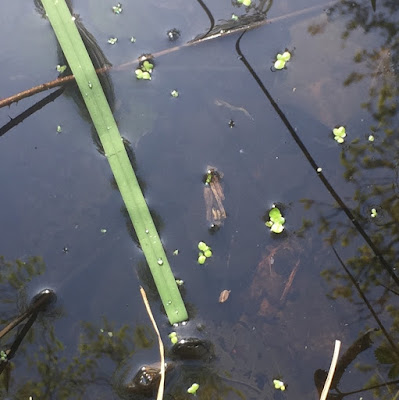 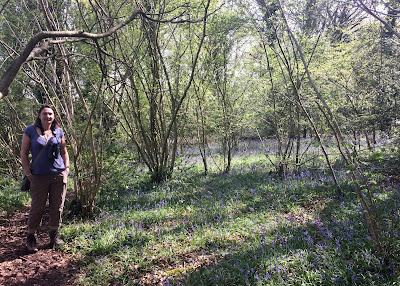 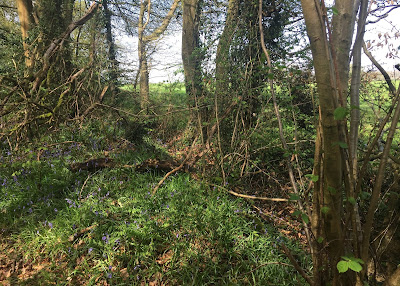 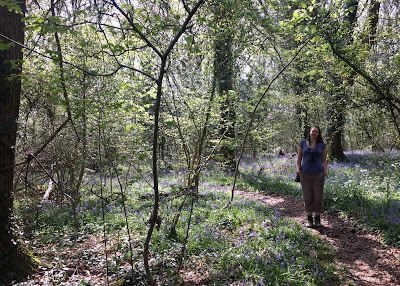 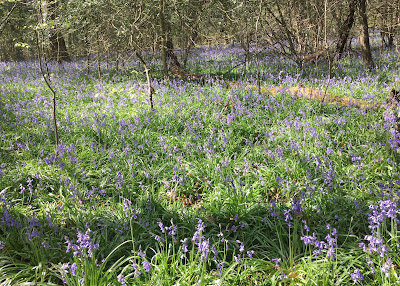 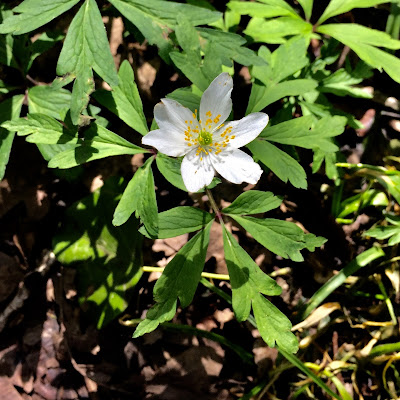 Yoell's Copse comprises Ca. 5ha of semi-ancient natural woodland almost completely surrounded on three sides by housing, and on the northern boundary by agricultural land. Up to 39 ancient woodland indicator species (AVWP) have been recorded on the site, a number of wild service trees can be found within the woodland, along with a specimen Wye Whitebeam.

Yoell's Copse
Posted by part-time Naturalist at 20:11 No comments:

.. and it's all about the bee fly (Bombylius spp.)

I was pleased to record my first bee fly of the year on the notable road verge at Kithurst Hill, West Sussex on the 6th April, as reported here previously at:

It would take another two weeks before I recorded them at home, in the garden - with two species B. major and B. discolor seen on the 19th April. Unfortunately only one of them remained obliging for the camera on the day: 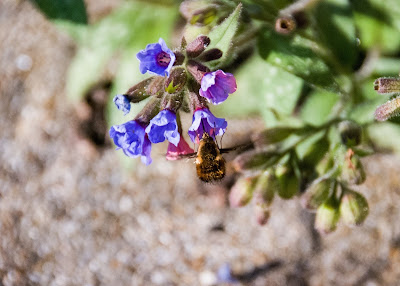 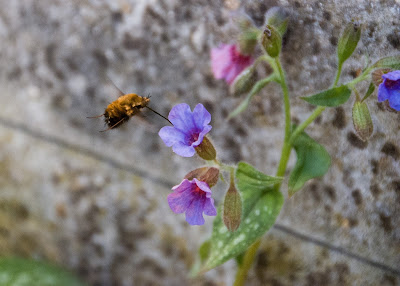 This morning, I was at Buchan Country Park in Crawley, a site owned by West Sussex County Council (WSCC), and managed by the WSCC Countryside Service:

B. major were out in force on the site, and I noticed some behaviour that I have not previously seen to date? It occurred when small groups of bee fly were seen together. An individual would drop to the ground, bottom down and agitate their wings to slower or faster effect. I wondered from the behaviour as to whether this was a female actively wafting pheromones as part of their mating behaviour? My iPhone video of this behaviour can be seen on YouTube at:

I tweeted @SoldierfliesRS with the video, and received a prompt response to my enquiry - that this behaviour was more likely the female coating her eggs with soil, to make them heavier and easier to drop into the open mouth of a solitary bee sp. nest.

More about the bee flies can be found here on the Soldierflies and Allies Recording Scheme:

Soldierflies and Allies Recording Scheme
Posted by part-time Naturalist at 18:00 No comments:

Posted by part-time Naturalist at 14:00 No comments:

Posted by part-time Naturalist at 15:00 No comments: 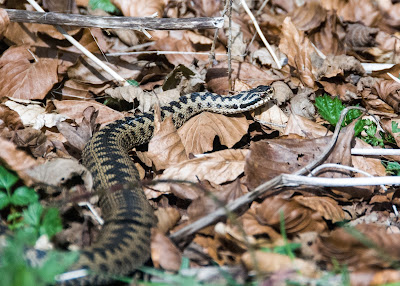 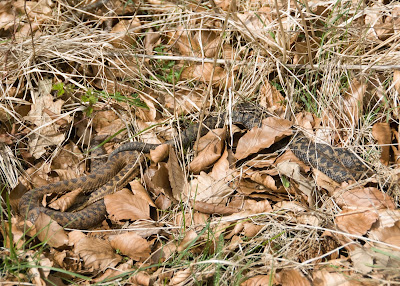 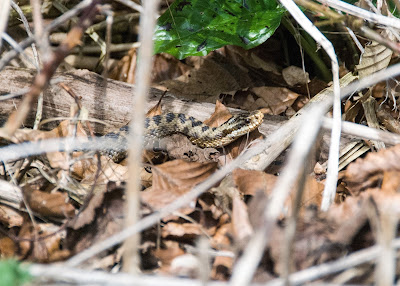 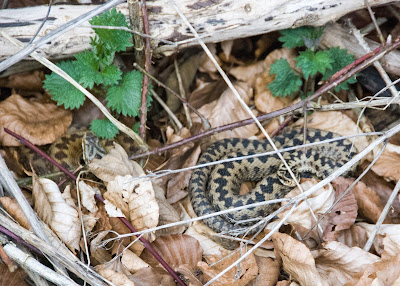 Six (of seven) adder seen this morning on the chalk grassland of West Sussex. 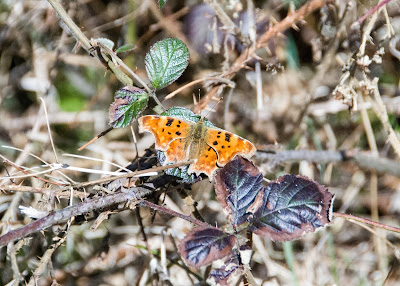 The snakes weren't the only animals enjoying the bright sunshine and relative warmth of this spring morning. Plenty of bumblebees were about and brimstone (Gonepteryx rhamni), peacock (Aglais io) and comma (Polygonia c-album) butterflies were also seen.
Posted by part-time Naturalist at 18:00 No comments: