Whilst the (new) garden list has been getting longer year on year since I first started recording in August 2016 my sightings of Odonata have remained few and far between.

It took nearly two years before I got my first record - a single azure damselfly (Coenagrion puella) on the 9th June 2018. Needless to say I was more than made up to break my duck! Then, by some natural coincidence I was to get my second record of this species exactly a year later on the 9th June 2019.

This sighting was swiftly followed by a new species record on 1st July 2019 - when a single blue-tailed damselfly (Ischnura elegans) went to roost in the long grass of the "wildflower patch".

As if this wasn't excitement enough, by the end of August I was over the moon to capture the image of a male common darter (Sympetrum striolatum) as it patrolled the back garden looking for a vantage point / territorial perch .. first stopping on the handle of a hand fork, that had been pushed into the ground in order to hold down the edge of some wildflower turf .. then alighting on the blueberry bush .. where it posed obligingly for some time. 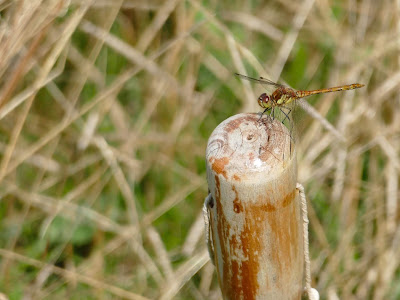 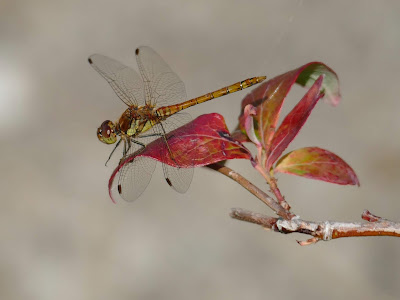 Three weeks later a second common darter appeared , this time a female, who spent time on the miniature apple tree, allowing me to get close enough for some (almost) frame-filling shots. 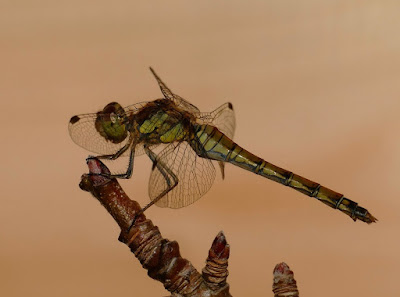 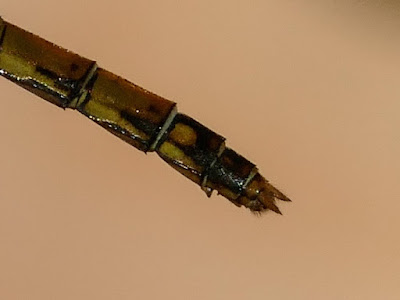 Posted by part-time Naturalist at 18:33 No comments: